Beyond Tweets and Soundbites

Beyond Tweets and Soundbites

Dialogando Buenos Aires is an open policy-making forum involving experts and the public. An initiative from the city’s Office of the Under Secretary for Political Reform and Legislative Affairs, Dialogando BA gathers external experts and citizens to discuss specific policy topics which are part of the reform agenda, with a goal of informing legal or regulatory proposals. To date, thematic roundtables have been conducted on a new law governing port operations, reducing electoral campaigns-related vandalism, lobbying and conflicts of interest, electoral reform, and access to information. A recent series has also addressed changes to the civil registry regulatory framework (births, marriages, etc.), and the transfer of new judicial authority  to the City.

The participatory nature of the process lends itself to consensus-building, and the solicited input from key stakeholders and experts helps to defuse complex issues of their political risk, thereby emboldening legislators to enact the resulting proposals.

Dialogue is one of the most effective ways to reach consensus and accept dissent in a democratic society of law. "Dialogando BA" is a useful tool, whose main banners are the freedom of expression and the democratic and inclusive exchange of opinions, allows to manifest the points of conflict, channel them and generate agreements.

When contentious and complex issues require a policy response, political sensitivities and technical details often present daunting barriers to progress.  In such cases, legislators often lack incentives or feel ill-equipped to develop solutions on their own, leaving the problems to stagnate or worsen. Many formats for citizen engagement do not provide the opportunity to share in-depth policy views and often focus on political posturing than policy analysis. 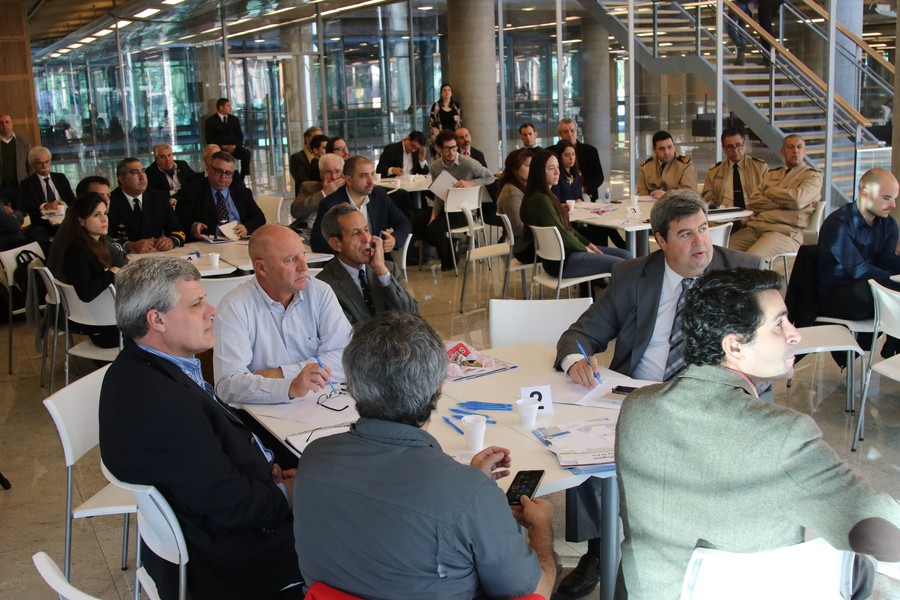 Dialogando was born out of a decade in which the City’s leaders felt that dialogue and debate had generally been devalued.  “Civilly exchanging ideas was a challenge unto itself,” according to Hernan Charosky, Deputy Secretary of Political Reform. To meet this challenge, the City was careful to approach the early Dialogando subjects with as much transparency and participation as possible, in order to avoid any perception that the City was trying to prejudice the outcome of the debate.

During each Dialogando BA event, expert presentations by legislators and subject-matter experts are followed by debate in breakout groups, Q&A, and a summary of any conclusions. A draft document is shared among participants for comments and then is published  to the Dialogando BA platform. A final report of recommendations is then prepared to complement the political reform process and is also posted on the platform. The goal is to be able to use this format for dialogue with other government agencies and in other public policy processes.

A significant characteristic of the approach is that it isn’t designed for all policy questions - like other major democratic cities, the residents have elected political representatives for the very purpose of debating and developing appropriate policy solutions.  Instead, the city deploys the Dialogando model to only a limited set of issues - those requiring a public policy solution that should be informed by technical expertise, specialized personal perspectives, and/or input from a uniquely impacted population. As part of the process, a curated collection of experts and other key stakeholders are invited to participate in the policymaking process; however, the forum is also open to other residents who wish to contribute to the solution. By engaging knowledgeable stakeholders in the creation of these policy proposals, elected legislators are provided a degree of political cover to enact the proposals despite perhaps lacking a personal grasp of the specialized subject matter.

In an effort to ensure that the subject matter is appropriately tailored to the process, the City breaks big topics into approachable subparts before presenting them for debate.  For example, when using Dialogando to reform the City’s civil registry regulations, the issue was not taken up as a single topic; rather, reforming the civil registry was presented as a “theme,” under which five discrete issues have been addressed through separate roundtable discussions, such as marriage regulations, gender identity, and issues concerning assisted human conception and reproduction.

Taken together, the approach opens up the possibility for government to respond to pressing issues without getting bogged down in parochial political considerations.

To date, Dialogando Buenos Aires has engaged experts and citizens around the following major policy themes:

As an illustration of Dialogando BA’s success, the City used this approach to write an electoral code, which established control measures in the use of electoral technology, mechanisms for the management of funding, transparency in campaign funding, and public funding. More than 230 people attended the four different roundtables organized around the theme of electoral reform, and the notes from all four roundtables are currently published online.

Representatives from the City believe that the approach is creating breakthroughs on issues of importance to residents.  “On difficult issues such as these, we are responding to the citizens’ need for answers,” says Dr. Ana Laura Pitiot, legal manager for the Office of the Civil Registry.  “And behind that need, maybe there’s an underlying right.”

The Dialogando approach combines expert-level engagement with a process that is also open for public participation.  Due to the complex nature of the issues being addressed, cities should think about how to ensure that these different levels of expertise or familiarity with the issues can be harmonized throughout the process.

Geraldton is a coastal city located in Western Australia that faced a number of challenges related to sustainability, climate change, and population growth. In 2010, the city government decided to engage their citizens in finding solutions to these challenges, with a project called “2029 and Beyond.” The initiative was open to the whole population of Geraldton and ended up having over 3,500 citizens participate in the initiative. One particular success of this project was the involvement of the indigenous population, whose interests are often ignored by politicians and their policies. The project allowed the local community, who would be affected by the policies, to be involved in the deliberation and decision making process. The project ended successfully in 2014 and resulted in a number of strategies, plans, policies and schemes relating to the city’s future development and sustainability, including a water planning and management strategy.

Imagine Austin was created in 2009 as an effort to involve Austin residents in creating a new plan to guide the city’s growth, spending and conservation of resources. The initiative focused on using ‘aggressive’ public participation, which both allowed citizens to express their values and interests and engaged citizens who were not usually involved in the policy making process. The initiative engaged Austin residents with a task force of stakeholders and allowed them to get involved in a number of ways, such as forums, surveys, workshops, and social media. The initiative ended up involving over 25,000 residents. The result of the initiative was a comprehensive plan, with 8 priority programs, which was successfully adopted by the city council.

“The Citizens’ Assembly” of Ireland is a nationwide initiative that demonstrates how citizen involvement in policy decision making can work on a larger scale. Although this initiative is meant to represent the largest number of citizens, it engages relatively few. The assembly is composed of one chairperson and 99 citizens, who are randomly selected to be broadly representative of the whole Irish population. The assembly members are tasked with deliberating a number of Ireland’s biggest policy questions. The assembly has six key principles: openness, fairness, equality of voice, efficiency, respect, and collegiality. The assembly works with expert advisory groups to help inform their deliberation and decision making. Recently, the assembly was tasked with deliberating the 8th Amendment of the Constitution, which addresses the legality of abortion. After a few weeks of deliberation, the assembly recommended that the amendment be changed and as a result there will be a referendum for the electorate to vote on. Before this assembly, there was no formal decision as to whether the government would have a referendum or not.