As cities consider the challenge of creating growth ecosystems that are inclusive of diverse communities and neighborhoods, Buenos Aires offers an approach that creatively combines community engagement, strategic private sector outreach, and geographic targeting to help catalyze renewed interest and investment in communities that are economically underdeveloped.  Led by the Ministry of Modernization, and supported through the passage of city ordinances, the government has developed discrete economic districts, each of which celebrates a particular theme that is consistent with the neighborhood’s character.

These areas were left behind socially and economically, and we’re now working to revitalize and sustain them using local engagement and strategic industries as the core pillars.

Using a co-creation process, the city works directly with the communities to plan a theme and recruit industries that match services with existing talent within the district and surrounding areas. The city defines “strategic industries” as those that (1) are environmentally friendly; (2) have international reach; (3) add value to the economy; (4) and generate immediate employment opportunities. Applying this approach in underdeveloped neighborhoods, primarily in the southern areas of Buenos Aires, has had the secondary benefit of reviving less industrialized areas and making them more economically competitive in a way that’s inclusive of local communities and workers.

As cities experience growth, the attendant economic benefits do not organically spread across populations equitably.  Businesses often cluster in commercial centers, which can limit can limit economic stimulus to small geographic areas,  leaving other communities feeling left behind or disempowered. Densely concentrated economic centers may also create divides between different geographic segments of a city, potentially resulting in tensions between communities with access to economic opportunity and those communities that lack such access. 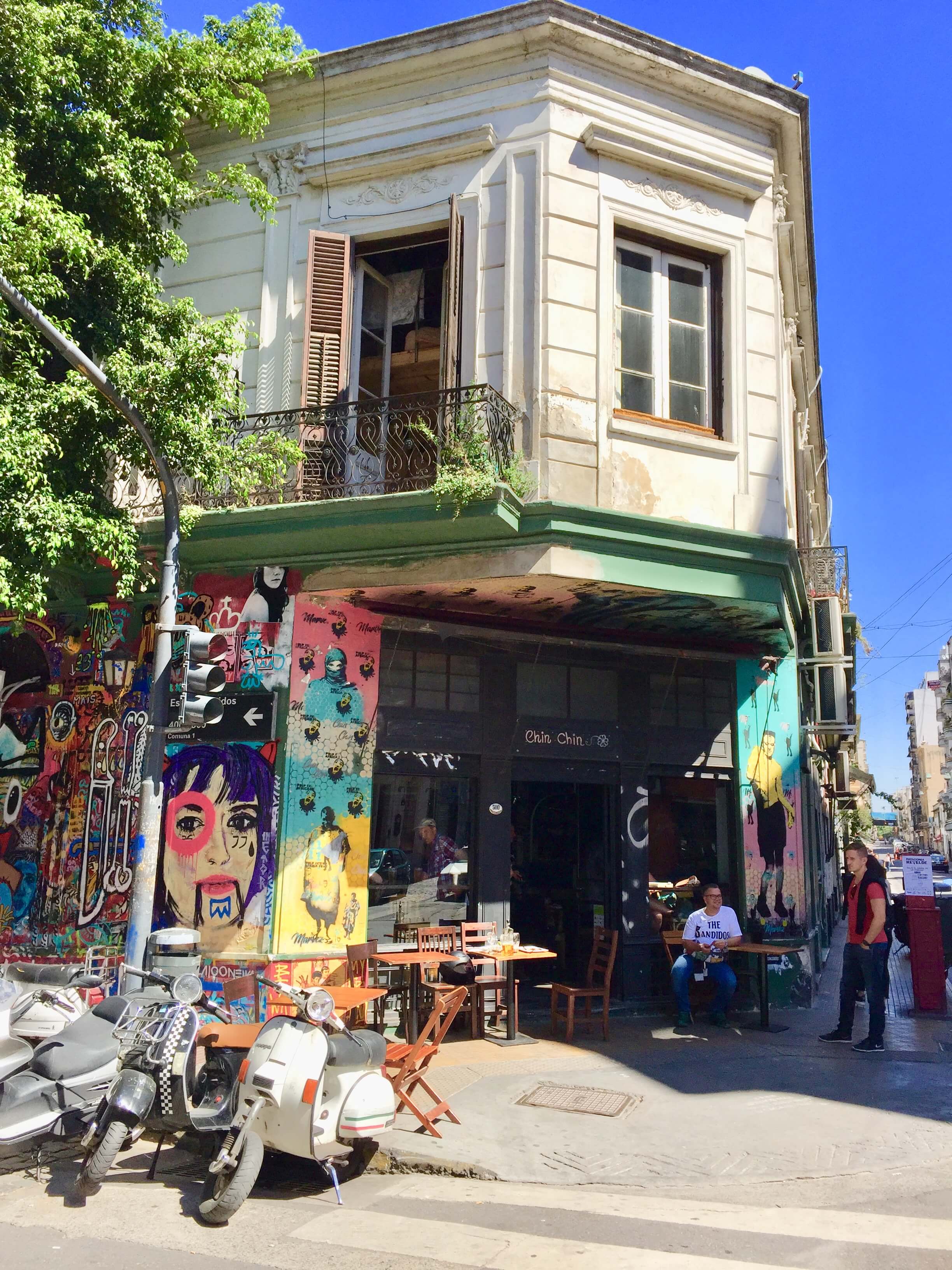 In the absence of industry investment and development, communities removed from economic growth can suffer negative consequences resulting from fewer employment opportunities.  And conversely, when industries enter new communities without public consultation or clearly defined strategic plans, the result can be disruptive to the local ecosystem, resulting in gentrification and community mistrust of commercial businesses.

The primary goal of this initiative is to foster growth by clustering strategic industries into carefully selected areas.  Using a co-creation process, the city works directly with the communities to plan a theme and recruit industries that match services with existing talent within the district and surrounding areas.

The city defines “strategic industries” as those that (1) are environmentally friendly; (2) have international reach; (3) add value to the economy; (4) and generate immediate employment opportunities.

Applying this approach in underdeveloped neighborhoods has the secondary benefit of reviving less industrialized areas and making them more economically competitive in a way that’s inclusive of local communities and workers.  To optimize for success in each of these districts, the city has prioritized five key elements to catalyze stimulus:

Cumulatively, this approach seeks to create new opportunities for residents and businesses within the district, while simultaneously incentivizing workers and industries from beyond the district.

In interviews, the city’s representatives reported that the economic districts have had yielded remarkably positive transformations within the surrounding areas.  “The districts have changed completely,” says Ms. Cambre. “Working with partners in the communities, we’ve developed from scratch something never previously thought possible in these areas.”

Examining the Technology District as the premier use case, the area is now home to more than 250 companies from industries including  electronic commerce, tourism, auditing, telecommunications, process consulting, civil engineering and financial services, and has also attracted the presence of leading academic institutions such as a campus of Instituto Tecnológico Buenos Aires (ITBA), the prestigious engineering university, and an outpost for the the University of El Salvador. For companies, the neighborhood is reaching a saturation point in terms of office space and vacancies, despite the fact that in the first half of 2017, developers added more than 32,000 square meters.

As evidence of the initiative’s success, the city has provided the following available data points regarding the impact of each district to date:

In addition, a Sports District is currently in development to promote the activities of the production and sports industry.  Located in Commune 8 and surrounding neighborhoods, the area already has a favorable profile for sports and related activities, due to the abundance of green spaces and because it is the "Olympic commune" where most of the competitions will be concentrated during the Olympic Youth Games in October 2018.

Minimizing friction between new development and established residents is an important consideration for these types of initiatives.  Buenos Aires has tried to incorporate the existing traits of these neighborhoods as a means of minimizing the disruption that could result from an influx of growth or commercial development.  Cities should be attentive to these types of strategies - as well as opportunities to directly engage residents in the process of designating an economic district - to mitigate the risk of tension among current residents.

Cities should be thoughtful about the metrics that will be used for assessing the impact of district designations.  Because these initiatives may take years to fully implement, it is important to have a clear understanding of how progress will be measured.

Investments in Philadelphia’s Center City and University City Districts are being proposed as a means of expanding economic growth and innovation throughout the region. As Philadelphia currently lies within the top ten US cities on the basis of research expenditures (public and academic), the city government is undertaking measures to leverage those strengths to increase investment in ventures that have the potential to strengthen human capital and economic development within the city. As a means of propelling innovations, an Innovation Council and a taskforce are being implemented to foster industry diversity and to help fast-track growth. The University of Pennsylvania, Drexel University, and eight other leading institutions have poured funding into the creation of the Precision Medicine Catalyst Initiative, a body that allocates resources to propel research initiatives within the district, which has led to increased interest in the district from businesses like Amazon.  City leaders ultimately hope that these investments will allow for individuals from all neighborhoods to become contributory members of these innovation districts.

The Anne T. and M. Bass Initiative on Innovation and Placemaking uses cross-disciplinary methods to spur urban growth and economic development, concentrated in an area designated as the Innovation District. Prominent industries within the Oklahoma City innovation sector have collaborated to broaden opportunities for research and entrepreneurial growth within the district, which has included the creation of the General Electric (GE) Global Research Oil and Gas Technology Center and the expansion of the Oklahoma Health Center.  In conjunction, the Oklahoma Center for Energy and Health Collaboration was developed to support industry growth, and to aid in fostering partnerships with smaller, emerging industries in Oklahoma City. These investments in the Innovation District are being leveraged to increase the attractiveness of Oklahoma City for potential innovators, with hopes that increased investment will lead to job development and economic stability